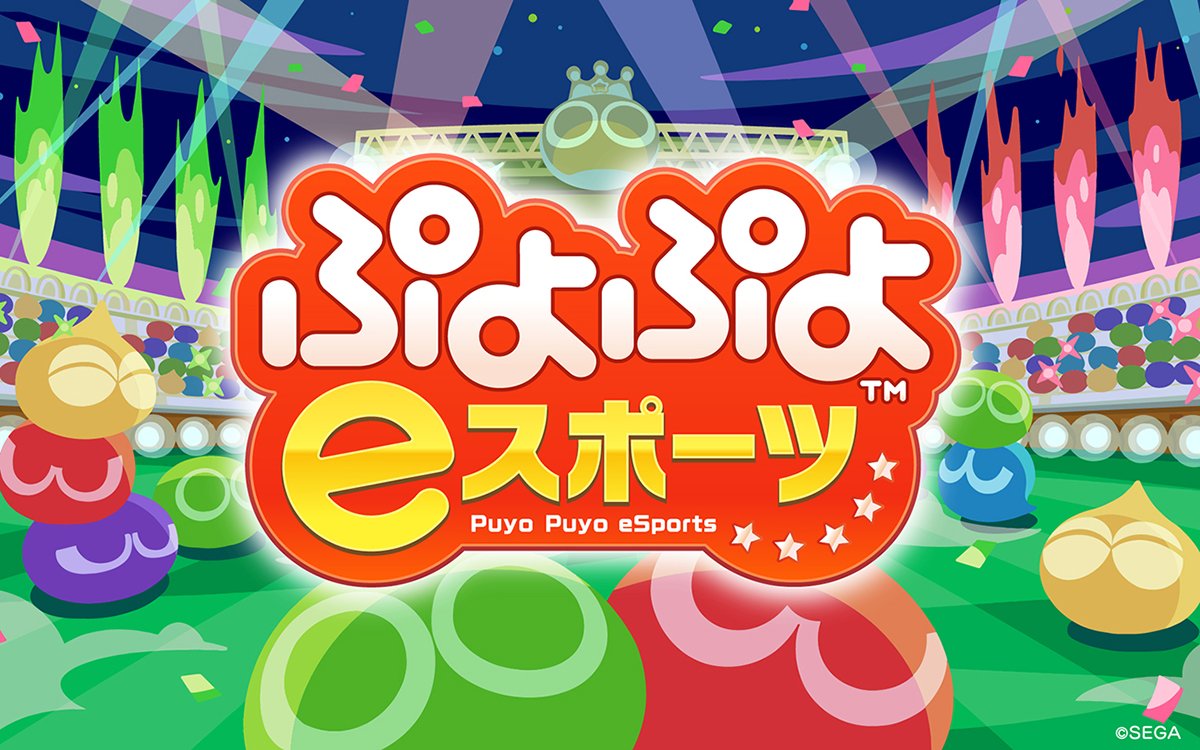 Puyo Puyo eSports is the latest game in the Puyo Puyo series. SEGA released the game for Playstation 4 and Nintendo Switch on Oct 25, 2018.

In Puyo Puyo Tetris, SEGA mucked with Puyo's core game speed and other settings to help Puyo stand a chance against Tetris. Puyo still ends up losing a lot to Tetris anyway, and the balance change had the unintended side effect of messing up the speed balance of normal Puyo vs Puyo matches too. SEGA changed things back in Puyo Puyo eSports.

You can now set matches to be played to points greater than 3. It's a competitive tradition to play to 30, 50 or 100 wins, so this has been a highly requested convenience option for years. 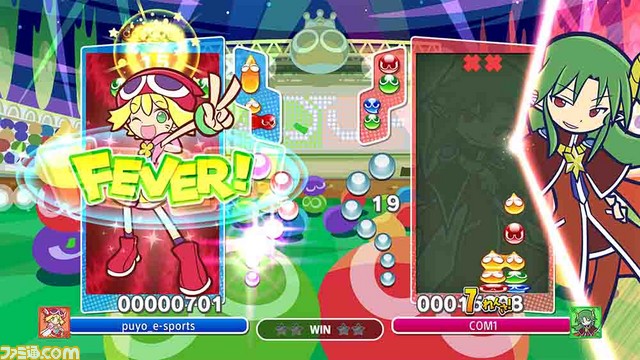 We've been waiting so long.

Fever mode plays like normal Puyo, but with some twists. Every time you counter an attack, you fill the Fever gauge in the middle of the screen. Once it fills up, you enter Fever mode, and you'll get free chains to attack with. Fever mode helps beginners pull off big damage, while providing a new strategic tool for experts. It's fun for everyone.

Remixes and tunes from almost every preceeding Puyo game have returned. Crush 40 also made some remixes to help you get into the Esports mood!

Puyo Puyo Tetris's ranking system had a great habit of matching you up against the top players in the world before you get to even play your first match. The point system was inflated too, so you were forced to grind for ages to find people around your skill level...

Puyo Puyo eSports, on the other hand, uses the ELO-like rating system from Puyo Puyo Chronicle. Basically, after winning and losing your first couple matches, you'll soon be playing with people around your skill level. Probably.

Don't take it personally if your rating points drop below the starting value of 2000. 2000 is considered a mid level Puyo player in Japan, and their standards are way higher. What's more important is to let the ranking system find the right players for you.

Replays now auto-save, so you'll never forget to save a good match.

If you press L1/R1, you can view a timeline of the match that highlights when chains were made or when garbage falls.

Puyo Puyo Tetris never got updated to support screen capture. You can do it on Puyo Puyo eSports though, so now it's easy to share your chains with your friends on Twitter.

Even though this game is meant to focus on competitive play, SEGA still recognizes that there should still be nice things for casual players too. If you enable boost mode for a match, the player who lost the last round will receive a damage boost, free chain, and delayed garbage buffs. In theory, this should help out your friends who aren't as good at Puyo as you are.

You can set up convenient single-elimination tournaments right from the multiplayer menu.